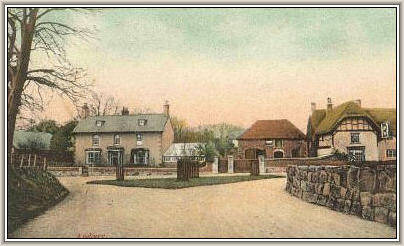 It is only during the Saxon period that any evidence of a village at Avebury began to appear. When the monuments were enjoying their golden age the beginnings of the village we now know lay over 3000 years in the future. The builders of the henge could never have imagined the controversy that the result of their labour was to create amongst the later inhabitants of the area and the treatment it was to receive as a result of religious zeal and financial gain. The effect the village was to have on the more recent history of the monuments adds considerably to the fascination of the Avebury story.

A large portion of Avebury village now lies within the henge though, throughout the period that the village has existed, the disposition of its buildings has changed. The village of the early Saxon period appears to have lain further to the west, traces of its buildings still being visible today between the present village and the hamlet of Avebury Trusloe. As the village grew its buildings approached and eventually spread into the interior of the henge itself. It wasn't until the last century that the historical value of Avebury came to be fully appreciated when Alexander Keiller began to reveal what lay hidden beneath the ground. At this point the history of the village was to change dramatically as the henge, with the help of its owners, was to fight back against the suffering it had endured at the hands of the earlier villagers. The past began to override the future when it was deemed expedient to remove many of the buildings that now existed within its confines. Most of the displaced inhabitants were to be re-located in Avebury Trusloe. It is believed that Keiller's intention was to ultimately remove all modern buildings from within the henge but when WW2 intervened and his work at Avebury came to an end this dramatic and controversial change was never to be completed. The buildings that remain within the henge now exist in a juxtaposition with the stones that serves to emphasise the remoteness of the culture who built the monument.

The village itself holds much of interest including the church of St. James which has a long history going back to Saxon times. Within is a rare example of a medieval rood-loft once hidden but re-discovered in 1810. It also contains a notable font believed to be of Saxon origin and later adorned with some interesting carvings during the Norman period. There is also a fine manor house alongside which is the Alexander Keiller Museum. This contains detailed information regarding the archaeology of the monuments and has many fascinating artifacts from the area on display. Supplementing the Keiller museum is the Barn Gallery which also contains some interesting "hands on" exhibits and other information supplied by the National Trust under whose care the monuments now fall.

The visitor will also find the Red Lion Inn, the Avebury Community Shop (opens early 2009), a restaurant and shops retailing crafts, books and souvenirs. The Tourist Information Centre is located in Avebury Chapel. 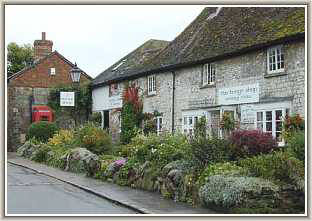 Early postcards of the village (circa.1905)

CLICK BUTTON for William Stukeley's
illustration from the Church tower 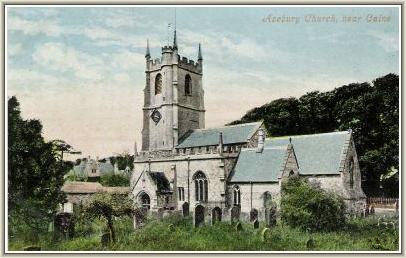 Early postcard of the local bus outside of The Red Lion. 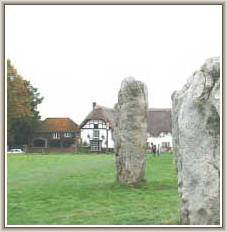 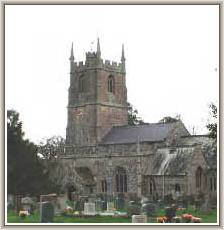 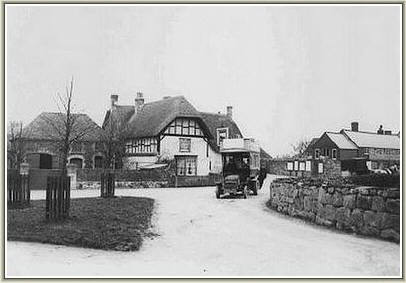 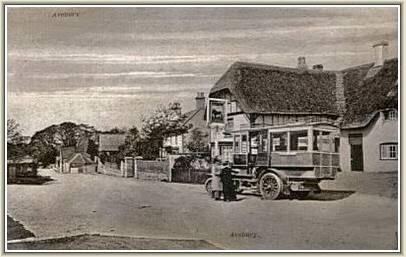 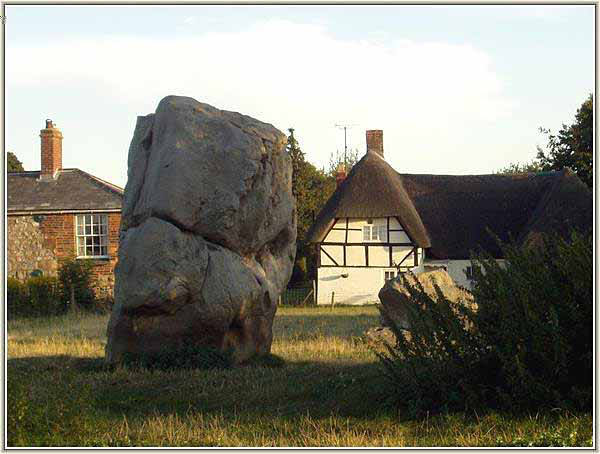