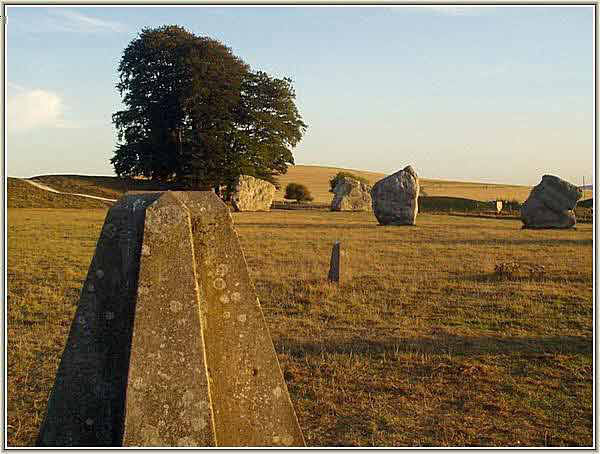 A large concrete plinth now marks the position where one of the largest of Avebury's stones once stood. Known as "The Obelisk" it was the central stone of the Southern Inner Circle and survived long enough for William Stukeley to record it. Lying on its side when he saw it he described it thus: "The central obelisk of this temple is of circular form at base, of a vast bulk, 21feet long and 8 feet 9 inches in diameter; when standing, higher than the rest".

CLICK HERE FOR A
PANORAMIC IMAGE
OF THE SOUTH CIRCLE

NOTE: The 300K versions
are most suitable for
broadband users as
download time with
a 56K modem
is usually 1-2 minutes. 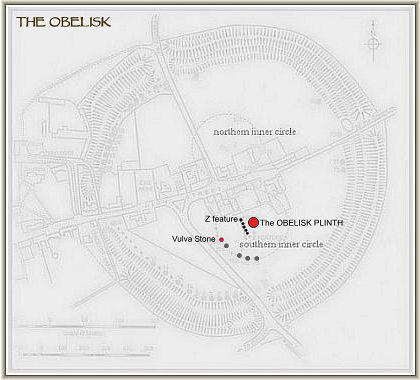 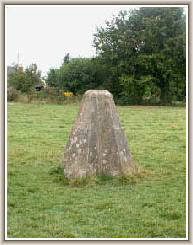 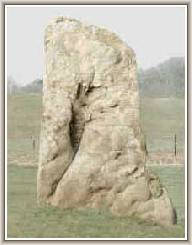 Apart from the coves the inner circles were the earliest components of the Henge to be built. At about 2900 BC they pre-date by several centuries the final henge and avenues. One of the outer stones of the Southern Inner Circle has such an obvious female feature that some researchers have christened it the "Vulva Stone". Given the sexual overtones that permeate much of the fabric of Avebury it seems likely that this stone was deliberately selected for this aspect of its appearance. Together with the "Obelisk", the phallic appearance of which can be inferred from Stukeley's description of it, there is a strong hint that the South Circle's function was primarily concerned with the rituals of fertility and re-generation. Even up to recent years it has remained a focus for Mayday ceremonies (see link button below). It is reported that in 1881 a villager found an urn containing bones when he was digging a hole for the annual maypole near the position of the Obelisk. When Alexander Keiller excavated within the circle he found a curious alignment of relatively small stones known as the "Z Feature". These are to the west of the Obelisk and their function remains a mystery. There is evidence that this feature was a later addition to the South Circle and some earlier research by Gray indicates that a similar alignment of stones may have once existed to the east of the Cove in the Northern Circle. The eastern side of the South Circle has yet to be thoroughly investigated so there is a chance that it may still contain some other features. The five surviving stones on its south west perimeter are a prominent feature of today's monument.


The Obelisk with its height and pillar-like form must have contrasted strongly with the other stones, its importance to the Henge being obvious from its position and appearance. If William Stukeley hadn't recorded it our whole perception of the Henge may have been quite different. 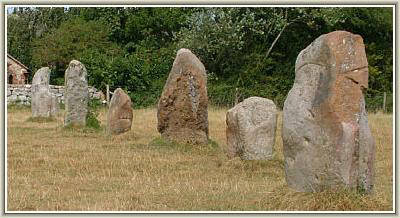 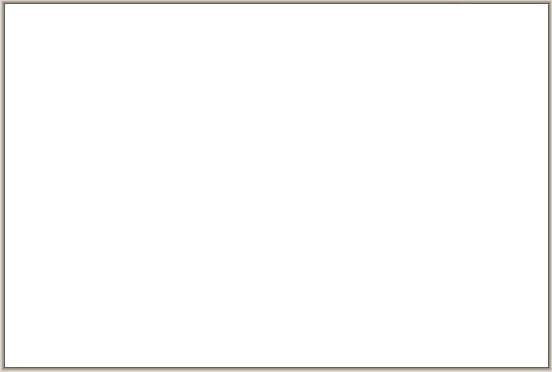 How the Obelisk might appear if it still existed

All traditions start somewhere....I find it quite easy to imagine that the maypole and its attendant activities might well be an echo of the Obelisk and the rituals of Avebury's South Circle.

The surviving stones of the mysterious Z feature

Gathering around the Ring Stone.
This image gives some idea of just how massive the southern inner circle must have
appeared when all of its perimeter stones existed. The Obelisk plinth now marks the centre
of the circle and can be seen on the right....scroll to view. 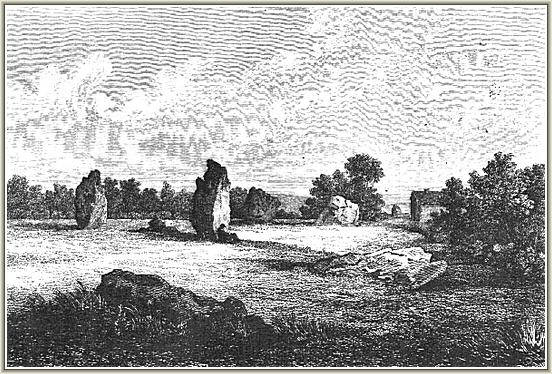 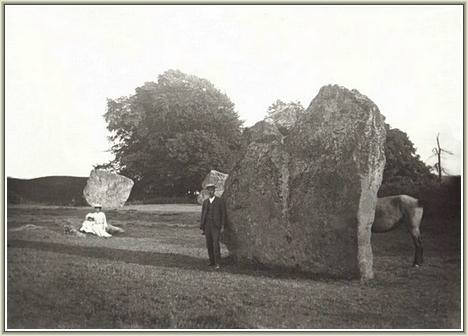 A quaintly equine early photograph from within the Southern Inner Circle 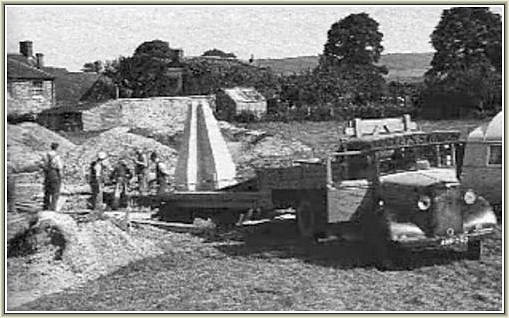 The Obelisk Plinth prior to its erection by Alexander Keiller's workmen 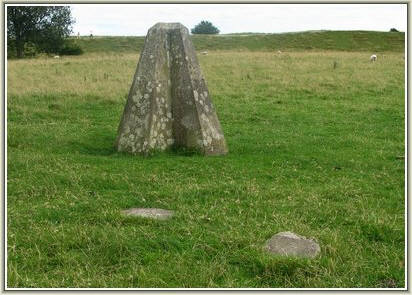 Just north of the Obelisk Keiller found 4 prehistoric pits of unknown purpose. These are marked by concrete disks set in the ground. 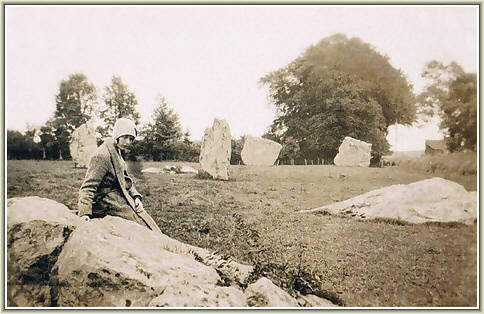 Another image of the Southern Inner Circle is dated 1932 before Keiller had carried out his restoration. The lady is sitting on Stone no.106.
(image courtesy of Frank Parsons)