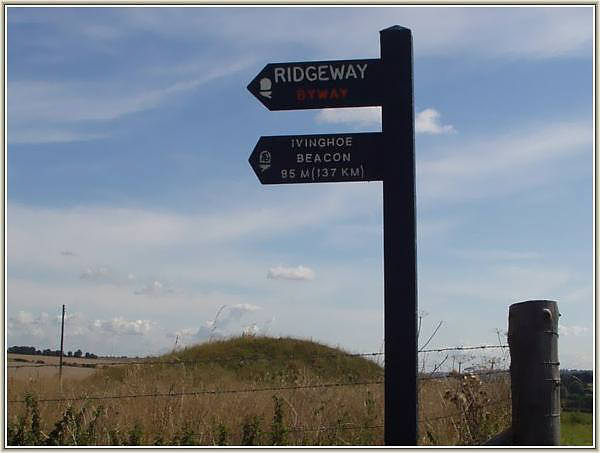 Although not considered part of the complex of monuments the Ridgeway still must have played a crucial part in the lives of Avebury's builders. As one of the major trade routes in the British Isles during the Neolithic period it is of great significance that Avebury itself lay on it confirming the importance of the locality at that time.

Maintained by the Countryside Commission the present Ridgeway is only a part of a much longer pathway that once ran between Dorset and the flint mines at "Grime's Graves" in Norfolk. At one time it possibly extended to the coastline at both extremes linking the English Channel to the North Sea. The surviving section commences adjacent to the Sanctuary on Overton Hill. From there it winds its way across the countryside in a north-easterly direction across the tops of the North Wessex Downs and then the Chiltern Hills until it reaches its northernmost terminus at Ivinghoe Beacon a few miles beyond Tring......a distance of about 85 miles. Its route is punctuated by several sites which were significant during the Neolithic and Bronze ages including the fine long barrow of "Wayland's Smithy" which is close to the mysterious and ancient hill figure of the Uffington White Horse. A number of prominent Iron Age sites are also to be found nearby. 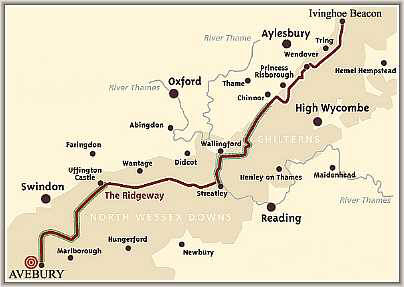 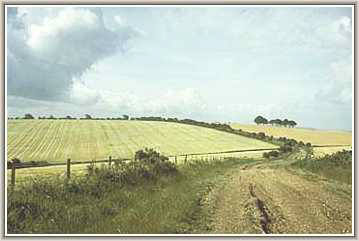 As the modern motorways are major access routes for London the
Ridgeway might be considered the Neolithic equivalent for Avebury. 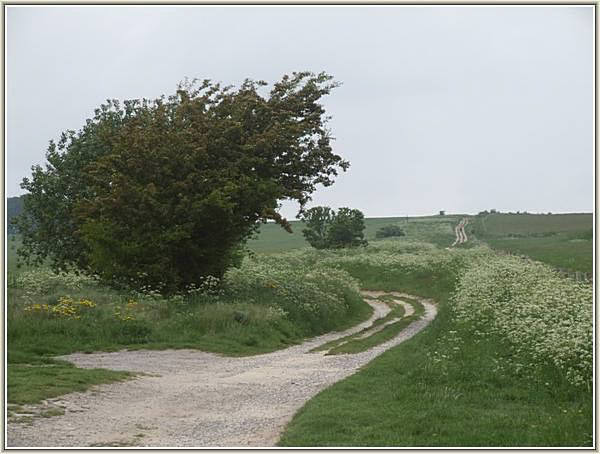 The Ridgeway viewed from Overton Hill near The Sanctuary disappears over the horizon on its journey to the Chiltern Hills and Ivinghoe Beacon.

The Great Stones Way is a new, 45-mile, walking route being developed by The Friends of the Ridgeway along existing public rights of way, through the ancient landscape and varied, stunning scenery between the World Heritage Sites of Avebury and  Stonehenge.  The route is proposed to run from the Iron Age hill-fort of Barbury Castle on The Ridgeway National Trail south of Swindon, past the current end of the trail at Overton Hill near Avebury, along the Avon Valley to Amesbury to end at  historic Old Sarum near Salisbury.
for details of this new development click here