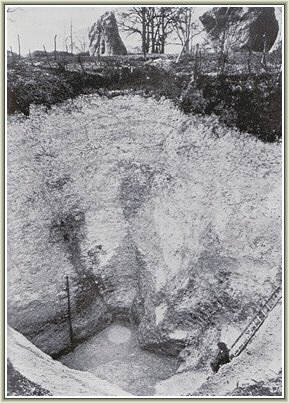 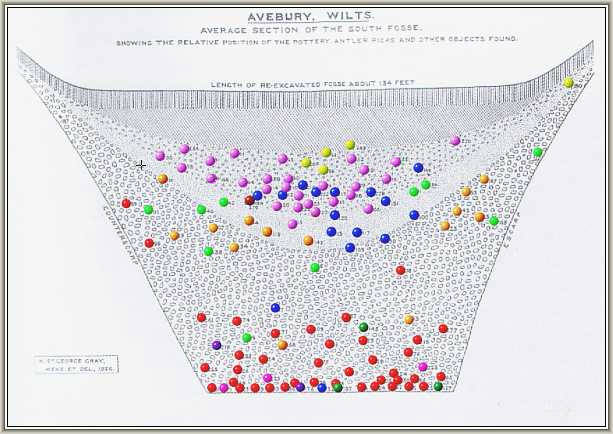 The ditch and bank formation that surrounds the Avebury Henge has to be one of the most amazing products of stone age engineering in the world. As can be seen from these early photographs taken when the ditch was being excavated near to the south entrance it originally was enormous...4,500 years worth of erosion and silting have reduced it to only a third of its original depth which was around 30 feet....Correspondingly the bank was considerably higher which has been estimated at between 20 to 25 feet. The distance from the bottom of the ditch to the crest of the bank could have therefore been a massive 55 feet in places. With a total length of over a kilometre it almost defies belief that the whole thing was dug out of solid chalk using such basic tools as antler picks and shovels made from ox shoulder blades. Nothing tells us more that the available labour at Avebury must have been considerable and capable of good organisation.

The purpose of such a huge expenditure of effort remains one of Avebury's greatest mysteries. 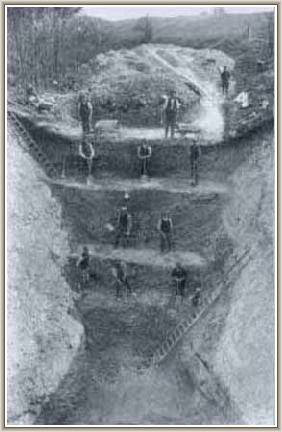 During Gray's excavations of the ditch the carefully interred skeleton of a woman was found surrounded by over 20 small sarsen stones which would indicate that she may have been revered to some extent by those who buried her. She was of very short stature and Gray referred to her as a "dwarf" though more medically enlightened researchers doubt this was a correct description of her condition. Radiocarbon dating of material associated with the burial indicates that it took place several centuries after the ditch & bank had been constructed.

The ditch and bank were excavated in the early years of the 20th.century by Harold St. George Gray who was the curator of Taunton museum. He found evidence that their construction had occurred in two phases. Initially a much smaller bank had been built around 2800BC which is a similar date to the enclosure that has been found at the Longstones. There is some evidence that this early bank was only ever meant to be a preliminary marker for the final, much larger form which is believed to have been started a century or so later. However, due to the amount of time taken by their construction, precise dating is difficult to achieve and with very little of the present structure having been excavated there remains uncertainty whether this was in fact the intention.

The above photograph of St. George Gray's excavation near the south entrance remains one of the most spectacular and revealing images ever made at Avebury. 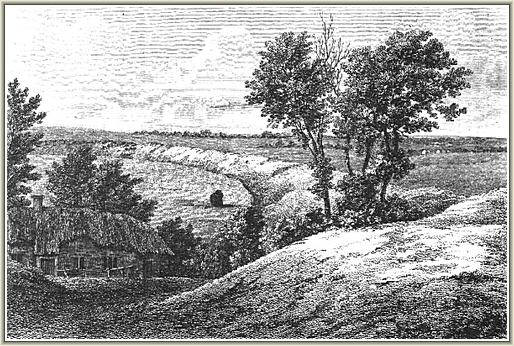 When trying to imagine quite how the layout of the ditch & bank was arrived at I sometimes wonder about how the builders communicated their ideas and organised the labour required. I've always found the history of language fascinating and would love to know whether any of the words spoken by our Neolithic ancestors could be recognised today........
For anyone with an academic disposition and a clear head there is much information about the evolution of European languages here!

Although many would argue otherwise I've often thought it would be wonderful if a small section of the ditch and bank could be restored to its former glory (or re-created nearby) so that the visitor might be allowed to appreciate to a much greater degree just what an awesome undertaking the Avebury Henge was to its builders. 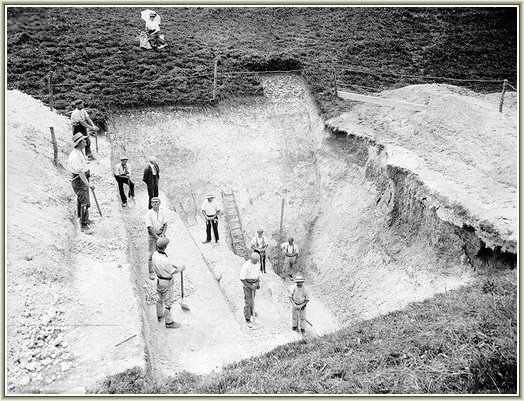 A 1908 image of St. George Gray's excavations at the southern
entrance  reveals the underlying chalk with startling clarity. 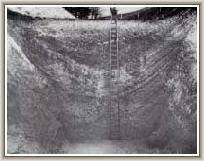 Another view of the St.George Gray excavations
with the south entrance stones in the background 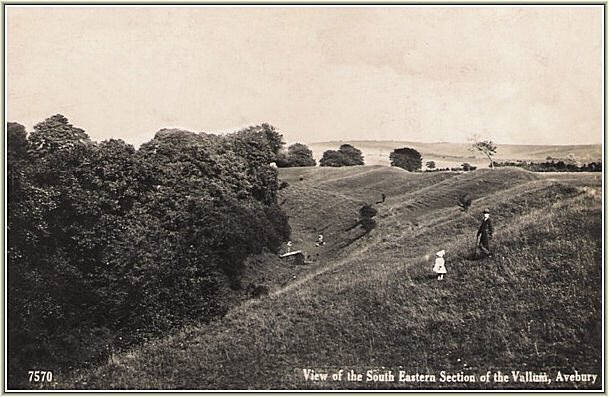 This postcard view from the early 1900s shows the south-east quadrant. Heavy foliage covers the ditch-edge much of which still grows today. Noticeably less eroded is the top of the bank which now bears the scars of the many modern visitors that walk along it. 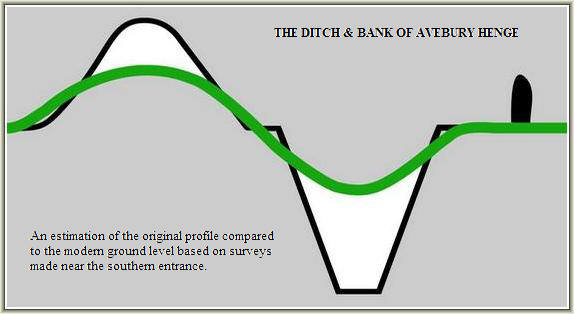 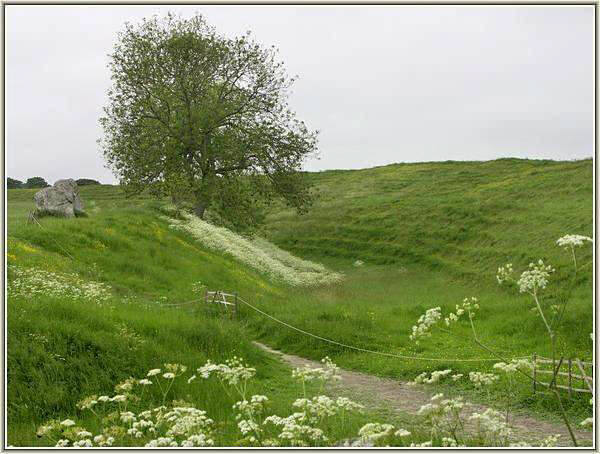