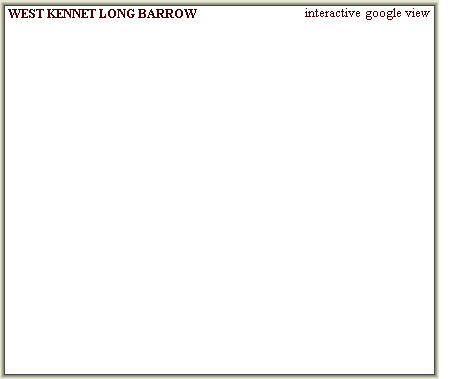 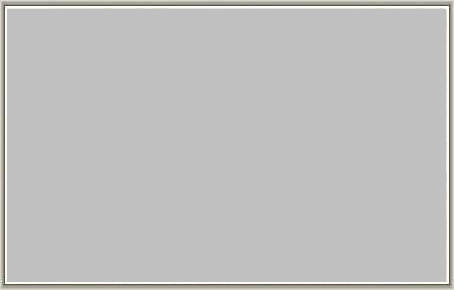 The West Kennet Long Barrow is situated on the skyline to the south of Silbury Hill. It consists of a 104 metre long earthen bank with a series of stone chambers at its eastern end. The bank tapers gently away from its chambered end and has the remains of quarry ditches along each side. At around 3700BC it was constructed centuries earlier than Silbury Hill or the Avebury Henge. This is about the same time that Windmill Hill was becoming a settlement. It appears to have been in use up until about 2200 BC when for some reason it was closed off. There is still some mystery about how it was used. It is obviously of some funerary importance as when excavated the remains of 46 people were found within the stone chambers, at least a dozen of whom were children. However the barrow has been dug into at various times over the centuries notably by a Dr. Toope who, during the late 17th Century used any bones he found as an ingredient in potions and medicines. Because of these earlier intrusions no acceptably accurate record of its original contents can now be made. Even so, the amount of human remains it contained seems very few for fifteen hundred years of use.
The bones that were found  revealed a very  high incidence of arthritis indicating that life must have been  a painful experience for many at that time.

The barrow's location high on the side of a hill would have made the transportation of the massive stones which were used in its construction a major feat of engineering. Quite how the enormous stone that now dominates the facade of the barrow was moved from the Marlborough Downs is a challenge to the imagination. It is estimated that over a ton of oolitic limestone was used in the drystone walling that is a part of the stonework. Of some significance must be the fact that the nearest source of this type of stone is in the area of Frome which lies some 25 miles to the west of Avebury.

Although the first serious research on the barrow was done by John Thurnham in 1859 it is the excavations and restoration work carried out by Stuart Piggott and Richard Atkinson during 1955-56 that has resulted in what we see to-day. It is now accepted that long barrows were more than just tombs and were almost certainly the focus of other rituals that were important to the society who built them. Its prominent hillside position and the fact that the barrow is aligned east/west would appear to be meaningful. The direction of the rising sun would seem the most obvious reason for such an orientation. 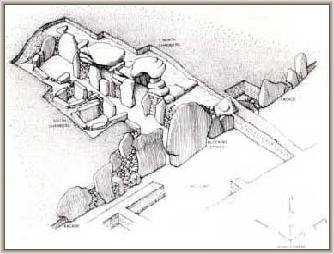 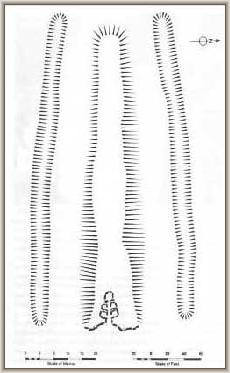 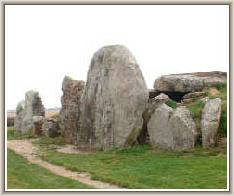 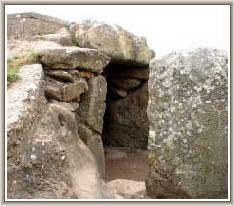 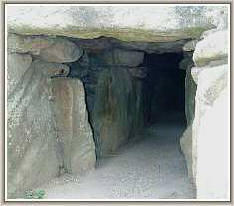 Looking into the interior of the barrow. The stone on the left has been used for sharpening flint axes as the deep grooves on its surface reveal. 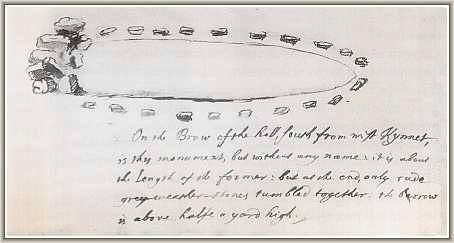 John Aubrey's (supposed) sketch of the West Kennet Long Barrow interestingly shows it as being surrounded by stones. Stukeley doesn't seem to have made any reference to these kerb stones(peristalith) and recent researchers now doubt that Aubrey's drawing was in fact of West Kennet and is more likely to have been the 'South Downs' long barrow identified on a drawing by Stukeley. This barrow no  longer survives but is thought to have been in Beckhampton Plantation.

This scrollable image reveals why they are called long barrows! 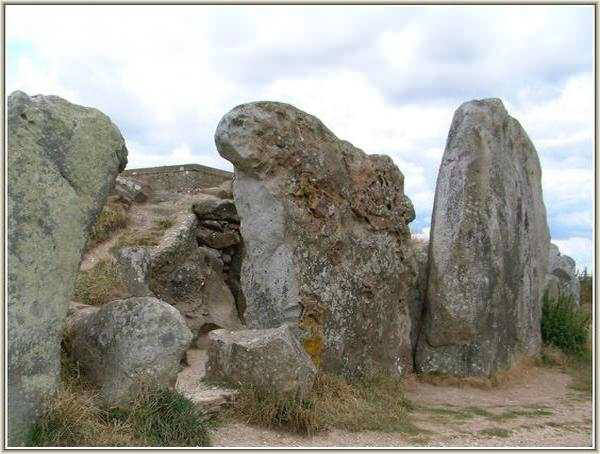